There is only one YOU!

Dear Readers and Friends of the McDonald Family:

Our Ministry January Newsletter will be out soon and many news items about Christmas 2021 will be featured there, with pictures, of course, however, I wanted to post our December Newsletter ICYMI!

As “Professional Mom,” preparing for Christmas was a true joy this year. In addition to having several children and grands nearby to “help” with decorating and enjoy the food and goodies, we had a fun Christmas holiday, with the usual caroling/hayride and multiple combined breakfast and dinner opportunities.

During December we had the blessing of being in three local parades (as mentioned in the letter) and attended Christmas Eve service as a family at Cottage Hill Baptist Church. Our tradition of Christmas Eve at Nanny’s was moved to Christmas Evening to accommodate our out-of-towners, and I think it will stick as our party time from now on.

Enjoy our newsletter and Family News (page 2) and share some of your Christmas traditions in the comments!

Blessings for an awesome 2022!

Don’t miss this very affordable download from teachsundayschool.com! The kiddies are home for the holidays and need some fun things to do! Check it out! Professional Mom

It’s a complete Nativity Scene for the
Christmas tree!

Print out the templates here. (pictures of
the finished ornaments are posted too)

“The Evangelism Trail” for December 2021

Enjoy following our ministry, Joe McDonald Ministry and be sure to read the December Newsletter with our Christmas letter on Page 2!

Another gem from teachsundayschool.com! More downloadable crafts to help keep Christ in Christmas!

Help kids learn that Christmas is just as much about
giving as it as about getting this year!

We’ve come up with 10 Christ-Centered Christmas Crafts
for Kids to Gift to those they love!

Use them with your own kids to create gifts for
loved ones (Grandma, Grandpa, Uncles, Aunts,
Cousins, Teachers, Bus Drivers, Postal Carriers,
etc.)

Use them at church to help kids wrap up a
special something for Mom & Dad this year that
will be a keepsake for years to come.

You can print out all the craft templates &
see pictures of the finished products here:

Mary-Kate from  teachsundayschool.com shared another download for your Thanksgiving holiday fun!

Do you have questions about who God is? You’re not alone. All of us at one time or another have wondered about the mysteries of our existence.

Here is what the Bible tells us about God:

God is real. He created the universe, the Earth, and everything in it (including you). He is the creator of life. As your creator and designer, He knows you, your mind, and your heart. He knows everything about you. He loves you (He is love), and He wants a relationship with you.

Here’s the problem: there is distance between us and God. This separation exists because, whether we know it or not, we choose our own way of living instead of God’s way. This is called sin. Sin is choosing to say, think, or do things that are against God’s will. Everyone sins, without exception, and it keeps us from getting close to a good, pure, and perfect God. We cannot get rid of our sinfulness by our own efforts – not by trying to be a good person or performing good deeds. But sin must be acknowledged and dealt with in order for a relationship with God to begin.

So, in order to restore the broken relationship with humanity, the Author wrote Himself into His own story…

God came into His own creation, and lived as a man. As a human, He helped us to know His character and showed us how to live. He shared in our humanity, but never sinned. After teaching people about the ways of God, He allowed Himself to be falsely accused by religious leaders and arrested by Roman soldiers, then brutally executed. He did this to make Himself a sacrifice, so that all of the sin of humanity (past, present, and future) could be placed on His shoulders and be punished once and for all.

After He died, He came back from the dead three days later. This miracle proved that He had power over life and death, and confirmed the truth of all His teachings. He told us that whoever trusts Him will be given life – real life – and will one day live with Him forever in a paradise untainted by the sin that corrupts our world. He made a relationship possible again. His human name is Jesus (Yeshua in Hebrew). Many people often refer to Jesus as their “savior” because He literally saves us from the dire consequences of sin – which are destruction, death, and separation from the love and goodness of God.

If you want to know the God who loves you, there’s nothing you have to do. You don’t have to go to church first and you don’t have to start making promises to be a good person. Just come to Him as you are, imperfections and all. Talk to Him, wherever you are. While you’re talking, recognize who He is. Ask Him for His forgiveness for your sins. Ask Him to take your life and make it new. And because He loves you, and because He is good, He will do just that.

There is no better time than now to make this Literary Journal a must read! My daughter-in-law, Veronica, has compiled a rich and compelling array of stories, poems, art and verse that will bless you and cause deep thought about your relationship to Christ. Be sure to read the “Note from the Editor” as an introduction to this captivating work!

Subscribe and get regular updates, or even better, send in your own submission for review as she compiles her next bi-annual journal.

Let me know how you like it! Patti, Professional Mom

Do your kids know that the very first Monsters

ever were in the Bible?

Here are my 7 favorite Biblical Monsters

and tales of suspense:

*Editor’s note: I couldn’t wait to share this download from Mary Kate Warner of teachsundayschool.com. Halloween holds lots of memories for me as a child. It seems to be getting out of control with worldly perversion. Let’s keep our kids (who like monsters) in the scriptures! Have fun this Halloween! Be safe! PM

A great way to share the Gospel with your children

and grandchildren. A "read to" or read on their own,

target audience is 4-9, but all ages will enjoy this!

The first edition was published in 2011, with just a few changes in the pictures, this is the same story that thrilled all of our readers!

Our friends at "Wee Can Know" even made shoebox floats of this beautiful parade (pictures in blog post!) Available now in

hardbound and softbound and at a reduced price!

The 2022 Edition of Sunsets on Mobile Bay is available NOW! Volume XI is on LULU.com

Featuring the awesome photography of local artist, Tommie Peterson. Tommie has delivered on the most fantastic photos yet! This is Volume XI and if you've been getting one every year, you won't be disappointed! Lovely views of the Mobile, Alabama skyline with the most gorgeous sunsets ever! This year we have decided to sell this lovely keepsake for the cost of printing! Thank you to all of our ministry supporters for you faithful giving! For more information on Joe McDonald Ministry, visit our FaceBook Page or website, JoeMcDonaldMinistry.org

Order today so you'll have your calendar on January 1!!! These make awesome Christmas gifts as well, but you need to order NOW!

Be sure to use a LULU.com discount code for extra savings this holiday season! 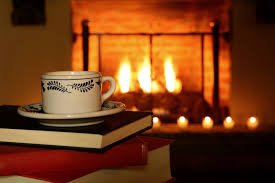 I AM ALL THAT BY MICKI NODAR BRANNON ILL: SARAH MCDONALD PRICE THIS BOOK IS SO AWESOME! WRITTEN BY MY SISTER, MICKI, AND ILLUSTRATED BY MY DAUGHTER, SARAH (WHO ILLUSTRATED "THE GOSPEL PARADE") IT IS A MUST READ (OR READ TO) FOR ALL CHILDREN! GET IT ON AMAZON OR ORDER DIRECT FROM THE WRITER (EMAIL ME ON THE CONTACT PAGE FOR THIS OPTION.) ORDER TODAY!

Experience the Ultimate Indoor LEGO® Playground at LEGOLAND® Discovery Center! Families with children aged 3 to 10 can enjoy a world of creativity, color and building fun. Buy tickets online and save! (Atlanta location featured here, but there are locations all over the US and Canada!) Summer fun couldn't get any better!

Graduation? Birthday coming up? Retirement? Or just because! Here's the gift that always fits! Give with assurance that it WILL be used! I l recommend Amazon! Please use my link above for all of your shopping needs!